We Ain't Givin' Up

by Eileen & the In-Betweens 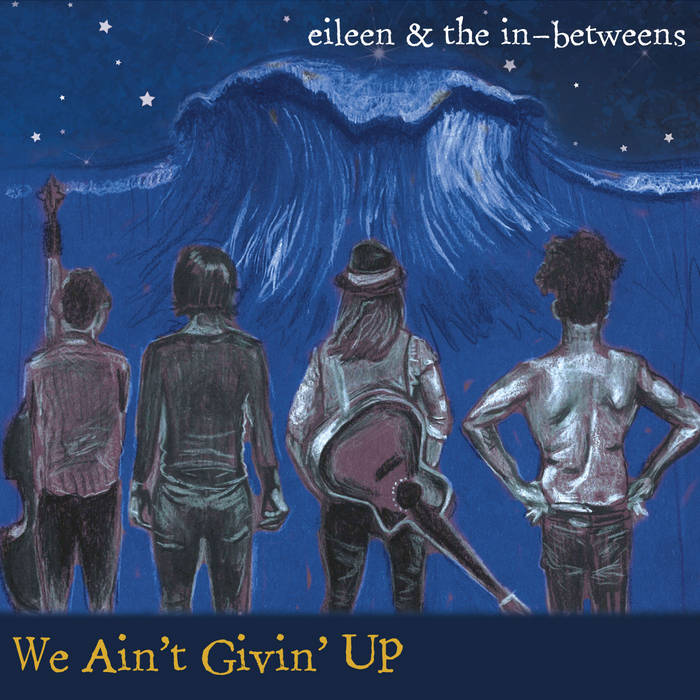 Hunsey I bought this album in tribute to Rhonda, my tender feather! Favorite track: Tender-Hearted Ones.

Eileen & the In-Betweens is:


Tracks 1, 3, 5, 8, 10, 11, 13 were recorded at ¿Que? Studio in Albuquerque by Fat Betty Productions.
Tracks 2, 4, 7, 9, 12, 14, 15 were recorded at Third Eye Studios in Tijeras, NM with Dave McRae and Dana Sampson.
Track 6 was recorded at KUNM 89.9 Studio A in Albuquerque with sound engineer Roman Garcia and producer Matthew Finch.
All recording took place between August 2016 and April 2017.
Mixing and Mastering by Haley Baysinger and Nick Rose (Fat Betty Productions).

For more music and a schedule of live shows: www.eileenshaughnessy.com

Eileen & the In-Betweens is a social justice indie folk group based in Albuquerque, New Mexico with extensive touring experience across the U.S and Canada.

Bandcamp Daily  your guide to the world of Bandcamp